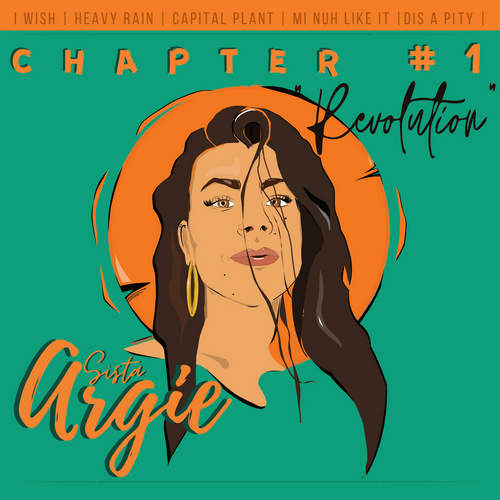 After the debut single “Heavy Rain”, released in March 2020, the eagerly awaited EP “Chapter #1 Revolution” is finally out on the streets. Stationed in the north of Germany, Sista Argie is now ready to conquer the reggae scene. Last year she and her band shared the stage with Jamaican legends like Fluxy and Mafia and Al Campbell. From there she quickly went to German’s reggae stronghold, Berlin. The EP is characterized and inspired by vintage sound, horn sections and crackling of vinyls. At the beginning of the year, she went to the specially furnished studio with two of her musicians and developed her very own sound. Old skool backings, hammond organs, horns, pumping basslines – this is the sound of Argie. Music fi soul and brain!

The EP “Chapter #1 Revolution” consists of 5 songs, which contain English and German lyrics. Everything was done in collaboration with the two musicians Lennart Willms and Hene Marheineke, who recorded and partly also composed. The recordings started in October last year. Part of it was recorded in Henes studio in Hildesheim and the rest in their studio in Jever. The whole project is a mixture of roots reggae, ’80s dancehall and rub a dub. For Sista Argie and the two musicians it was important to create a homogeneous manual sound – guaranteed autotune free!