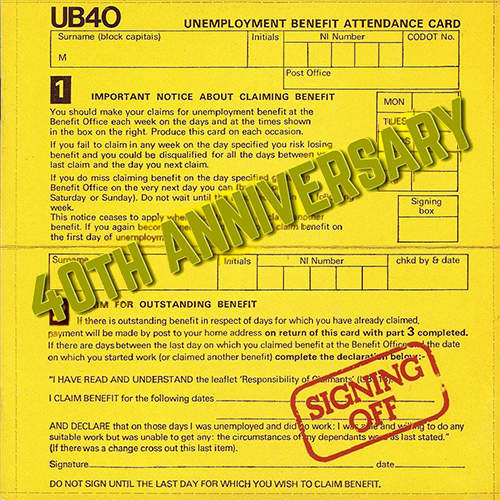 Formed in 1978, trailblazing British reggae-pop band, UB40 are celebrating their debut record “Signing Off”‘s 40th anniversary with a new app that brings fans closer than ever to the action. With themes and messages throughout that still resonate highly today such as racial injustice and the Black Lives Matter movement, the revisiting of this album could not have come at a more poignant time. Along with the band’s commitment to calling out the world around them, they have released a ground-breaking app to keep themselves closer than ever to fans and to help reinforce their messages.

Created in partnership with Gigrev, the official UB40 app is a platform where the band can communicate with fans and give them exclusive content without the social barriers implemented by social media. By bringing one of Britain’s best-loved bands closer than ever to their fans, the timing is as appropriate as it ever could be. The themes running throughout “Signing Off” make the record sound as if it was written for today’s racial nightmare and although their most recent record “For The Many” continues to mirror their early themes, their debut is held as one of the best reggae debuts of all time. UB40 named themselves after the UK government’s unemployment benefit form and “Signing Off” was released in August 1980 and is also considered by many to be one of the greatest reggae albums ever released by a British band.

Guitarist and vocalist Robin Campbell states, “In this year of no performances, the app has allowed us to stay in touch with our fans with all sorts of exciting content and interesting guests, but also they get to know us, the band members, on a more personal and intimate level. It is obvious from the comments we receive that Signing Off was an important album that meant so much to so many…”

“Signing Off” was the start of a career that led to 100 million record sales worldwide, forty UK Top 40 hits – including three Number 1s (“Red, Red Wine”, “I Got You Babe” ft. Chrissie Hynde and “(I Can’t Help) Falling In Love with You”) – and a run of hit albums that have spent a combined period of eleven years in the UK’s Top 75 album chart, establishing UB40 as one of Britain’s most successful bands of all-time.

UB40’s 40-year anniversary is one to be celebrated but unfortunately, their messages are still needing to be heard louder than ever. Hopefully, by revisiting this boundary pushing debut once again, these messages will be listened too by the people that need to hear them the most.