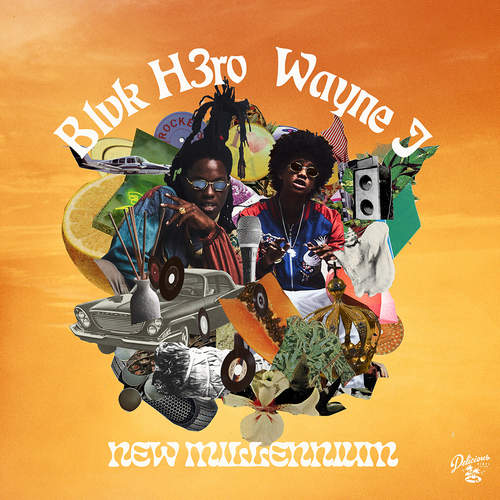 The “New Millennium” (EP), produced by Top Team, Bob Riddim & KraggiBadArt with executive producer Blvk H3ro, can be described as a ‘modern take’ on dancehall music. Beneath the surface, it tells the story of Blvk H3ro x Wayne J’s journey within the music industry.

It is a 7-track EP outlining various themes. “Original” retroactively kicks off the story, going back to H3ro and Wayne J’s childhood where they are attending an old-skool stage show in the ’90s that eventually influences all of the music they create now. This is how Blvk H3ro and Wayne J pay homage to the genre before introducing their own take on it. This is followed by “Young Boss”, which represents the ‘come up’, and is a pseudo flash-forward look at where the artists are now in their careers.

“Ghetto Queen” is a celebration of the women the artists grew up around. “#TopTeam” speaks directly to the ‘no man is an island’-theory with H3ro x Wayne J celebrating their ‘squad’, whom they have been working with since their musical journey began. In usual fashion, it would be remiss to leave out the ‘most high’. “The Ruler” and “Prayer” are the spiritual and meditative additions to the storyline. Finally, the climatic ending of the project comes in the form of “Young Boss (Remix)”, the collaboration with rapidly rising dancehall star Skillibeng.