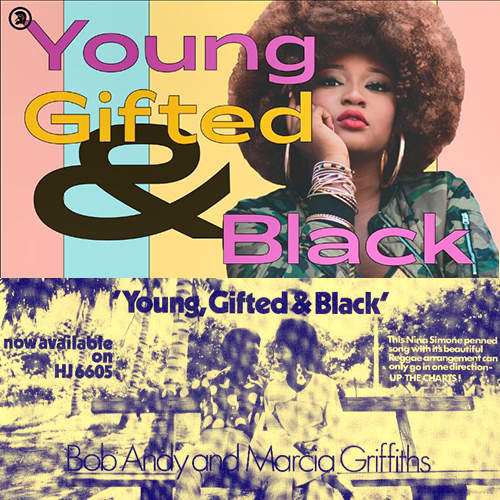 Trojan Records released the new music video for the iconic hit “Young, Gifted And Black” by Marcia Griffiths and the late Bob Andy. Although Trojan Records believe every month is Black History month, this official lyrics video has been released to close this year’s Black History Month celebrations and is launched as part of a wider campaign designed to celebrate the cultural importance of the song’s chart success 50 years ago, as well as celebrating the array of young, black individuals making waves worldwide today in 2020.

Created as part of a social campaign as well as content submissions being housed on a specially designed website, the creative concept invited the general public to submit photos and video clips showcasing stories and examples of black excellence. The submissions sent by the public now make up a bright and uplifting music video for the hit track by Bob Andy & Marcia Griffiths, which has been made to reimagine the message of the song for the modern day audience, breathing fresh air into its powerful lyrics.

With the video being centred around the 50th Anniversary of Bob Andy and Marcia Griffiths legendary track “Young, Gifted and Black” charting top 5 in 1970, it also exists in light of Bob Andy’s recent passing to keep his music and spirit alive.