Keeling Beckford is a survivor

Of the child stars who emerged in Jamaica during the 1960s, Keeling Beckford is among a handful of survivors. Never as famous as Delroy Wilson or Dennis Brown, his business savvy has kept him in the game.

This year, despite challenges of the Coronavirus, the 66 year-old Beckford has recorded new songs, negotiated the reissue of his early work and launched a streaming series of live shows through his New Jersey-based Keeling Reggae company.

KEELING BECKFORD IS A SURVIVOR

“I just launch my online store, specialising in vinyl ’cause vinyl is the leading seller in the music industry. I’m also still doing my recording career with three new albums which are “Rebirth”, “12 Star General (1975-1980)” and “Try Me”; also an EP called “Living in America”,” said Beckford. “Sadly, ’cause of the Coronavirus most of the shows I had planned were canceled for this year.” 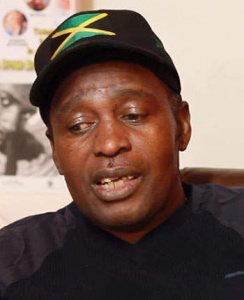 Beckford has not only marketed his personal catalogue, but transferred the extensive video footage he accumulated during the 1980s and 1990s to the trendy streaming platform.

“Dennis Brown: The Legend Continues”, released this month, is the first in the Keeling Reggae streaming series. It captures the Crown Prince of Reggae in concert at Ranny Williams Entertainment Centre in Kingston in the 1980s.

Each event was previously available through Keeling Reggae on VHS and DVD.

“Streaming is where it’s at now and I took the time to do everything right. I’ll always be an artiste but I learned from early that yuh mus’ learn the business,” he stated.

Beckford was born in Kingston, Jamaica but grew up in Islington, a district in hilly St. Mary parish which has produced acts like Nicodemus and Capleton.

He started his career in the mid-1960s as a rock steady act and had a big hit in 1968 with “Combination”, produced by Enid “Dell” Barnett’s Del Tone label.

“Try Me: Keeling Beckford The Rocksteady Years”, a 13-song album reflecting his time with Barnett’s company, was released in late 2019. In its wake came the songs, “Living in America”, “My Love” and “This Year”.

Beckford plans to release even more new music in 2021.

“Yuh have to put new songs out there because it’s not every time people want to hear the oldies, as good as they are. Yuh have to move with the times,” he said.