With over 35 years in the music industry, Paul Scott has worked with some noted artists and companies. None has had a bigger impact on him than Osbourne “King Tubby’s” Ruddock, the legendary sound engineer.

Scott, who lives in London, is the conceptualizer of “Sound System Club Presents — Firehouse Crew and Friends Tribute to King Tubbys 32 Years Since his Passing”, a virtual show scheduled for March 27, 2021, in Kingston. It will be streamed live from King Jammy’s recording studio, just a hop and skip from where Tubby’s operated his groundbreaking studio in the community of Waterhouse. 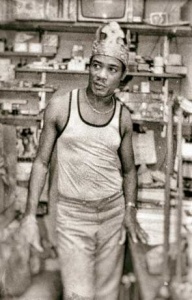 “This event is very important to me (and) close to my heart. I was the managing director of King Tubby’s Music Ltd and had a very good working relationship with King Tubby’s. He was such a great and humble man. A very good boss one of the best I have ever worked for,” said Scott.

Tubby’s started his career in the late 1950’s building amplifiers for several of Jamaica’s early sound systems, then worked as an engineer with producer Duke Reid. In the 1970’s, he shot to national prominence for his dub versions of popular songs and working with progressive producers like Bunny Lee, Glen Brown, Augustus Pablo, and Michael “Mikey Dread” Campbell.

Scott worked with the famed engineer for one year and said he spoke to Tubby’s on the day he was murdered, at his Kingston home, on February 6, 1989. He was 48 years old.

“We had a tune called Kill A Sound Boy by Banana Man which was ripping up the place. Tubby’s said to me, ‘I would like a video of this tune with Banana Man in a dance’,” Scott recalled. “I decided to do a dance with the sound systems, Metro Media and Ticka Music at the Crow’s Nest in Negril. They killed Tubby’s the following night; I spoke to him briefly on the Sunday morning before he died.”

Some of the acts on next year’s show worked intimately with King Tubby’s. They include his protégé Lloyd “King Jammy’s” James, the prolific producer who learned his engineering skills from Tubby’s; singer Anthony Redrose, whose breakthrough hit, Tempo, Tubby’s produced; and The Firehouse Crew band which started at his studio in the late 1980s. Dean Frasier, Courtney Melody, Turbulence, Autarchii, and Duane Stephenson, are also confirmed for ‘Sound System Club Presents’.

Scott, who is CEO of the London-based Sound System Club Ltd., says his organization will team with King Jammy’s and The Firehouse Crew to make the show annual. They also plan to lobby Jamaica’s government to give King Tubby’s a national honor.