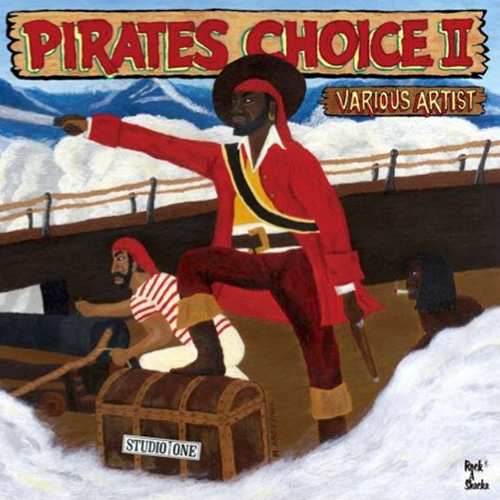 Japanese label Rock A Shacka has announced the release of the Studio One compilation “Pirates Choice II” later this month. The vinyl platter’s 12 tracks (plus the 4 cd bonus tracks) are selected by Masaya Hayashi. The set, which the label refers to as the continuation of 1981 released top compilation “Pirates Choice” from Studio One, includes mainly rare tunes such as “Born A Freeman” by Al (Campbell) & Freddie (McGregor), and the dub plate mixes of Freddie McGregor’s “Home Ward Bound”, Cedric ‘Im’ Brooks’ “Jah Light”, and the famous dub killer dub plate in the UK “Instrumental” by the Brentford Rockers. The liner notes for this release are written by Steve Barrow.