E-Dee, A Jamaican In Hollywood

Hollywood is one of the toughest towns to make it in the world. Its tales of broken dreams are legendary. For singjay/actor Everton ‘E-Dee’ Dennis who moved there almost 20 years ago, life has been a challenge but he is holding his own.

E-DEE, A JAMAICAN IN HOLLYWOOD

This year, the 39 year-old released the song Needed Me (Alone) with Wayne Wonder and appeared in two movies, Chocolate City 3: Live Tour and Gangland. 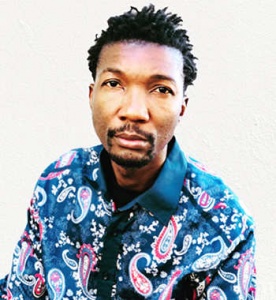 “I didn’t have a lot of experience in acting before I came to Los Angeles. However, I grew up watching my older brother, Donny McTaggart (producer of the movie Fire) go back and forth to make films in Jamaica and also in New York and that had a big impact on me,” E-Dee recalled.

He added that, “It was difficult in the beginning, but now I’m seeing more momentum, especially in 2020 as I use my music to connect with the acting.”

That combination is evident in Out The Gate, a 2011 movie based on E-Dee’s move from rural Clarendon parish to Los Angeles, hoping to make a mark in the competitive entertainment scene.

Once his character Everton gets a break, he is besieged by Badz, played by veteran Jamaican actor Paul Campbell, who demands a percentage of his earnings.

Though he had roles in movies like Overkill (with Malik Yoba of Cool Runnings fame) Empire, Out The Gate holds pride of place for E-Dee, who is from Clarendon, a rural, sugar-belt parish that has produced artistes including Derrick Morgan, Toots Hibbert, and Freddie McGregor.

“Out The Gate is based on my life and I wanted to share my story in hopes of inspiring others to pursue their own dreams,” he said. “I also didn’t want Hollywood to have ownership of my story, so my business partner QMillion and I created a project in which we could maintain full control. Being able to play myself in the film while also contributing musically to the soundtrack also adds a very unique level of intimacy and authenticity to this project.”

QMillion, who is from the American Midwest, wrote the screenplay for, and directed Out The Gate. He has a long list of writing credits for acts like Billy Preston, Paula Abdul, Beenie Man and Wayne Wonder. His songs have appeared in several movies such as Out The Gate, The Five Heartbeats and White Men Can’t Jump.

QMillion has produced most of E-Dee’s songs including Needed Me (Alone).

Though he considers Out The Gate as his most fulfilling to date, E-Dee says, “I’m always focused on challenging myself in new ways and I currently have a few scripts in hand whose characters I really like. One of these roles we will start shooting in March in San Diego.”