It’s Christmas time in Jamaica and Errol Dunkley is in a jolly mood. Even as the Coronavirus rages, it has not put a damper on the veteran singer’s season.

Dunkley, 69, has a new album he hopes to release in December. Kool Runnings is the title of his first album in 16 years. Self-produced, it contains original songs as well as a healthy serving of covers.

Best known for songs like Black Cinderella, Movie Star, and A Little Way Different, Dunkley has kept busy this year despite the Coronavirus lockdown of live shows, which gives him a steady income. 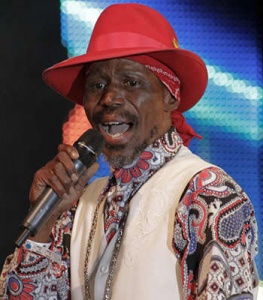 “Jus’ dub plate wi do now. Every day wi do a whole heap a special fi soun’ (systems) from all over di world,” he said.

According to Dunkley, those sound systems are from remote reggae outposts like Portugal or in South America where demand for the music has grown in countries like Brazil and Argentina.

“Some day mi do all six special, mi neva do suh much inna mi life,” he joked.

Dunkley lives quietly in a flat in a working-class neighborhood of Kingston, Jamaica’s capital. He returned to Jamaica in 1997 after living for over 20 years in the United Kingdom where he made his mark with songs like A Little Way Different and OK Fred.

He re-settled in his homeland at a time when there was a rock steady/roots-reggae resurgence through shows like Heineken Startime. The diminutive vocalist, who had hits in both genres, has been active since, performing on major festivals throughout Europe, North America and Brazil.

Some of those new tracks include Kool Runnings and Sweets For My Sweet, both from the new album which features the Roots Radics Band. The set took two years to complete.

Kool Runnings also includes reggae interpretations of James Brown’s Just A Prisoner and My Baby Just Cares For Me, made famous by Nina Simone.

It is Errol Dunkley’s first studio album since Love Is Amazing which he did for Studio One.

From West Kingston, he started his career in the mid-1960s as a teenager, scoring with You’re Gonna Need Me. Early the next decade, he and childhood friend Gregory Isaacs launched the African Museum label which later produced most of Isaacs’ biggest hits.

Dunkley has no regrets as far as his career is concerned. “Naw man, wi give thanks everyday!” he exclaimed.