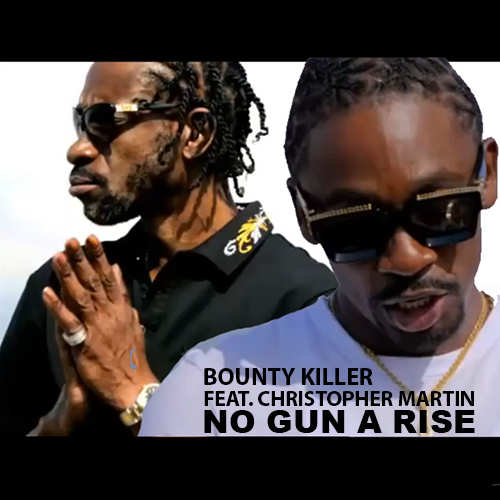 Bounty Killer and Christopher Martin collaborate on the cautionary dancehall tune No Gun A Rise. With this song, produced by Jah Snowcone, the two Jamaican artists urge the younger generation not to use guns and violence as there’s too much murder out there.