In unlikely reggae outposts, there are artistes who fly the music’s banner proudly. In Detroit, home of American soul music, one of its foot soldiers is O.C. Roberts.

The veteran singer has lived in the Motor City for over 40 years, recording songs and working as a disc jockey. In the past five years, he has resurrected a career that started in the early 1970s in his hometown of Kingston, Jamaica.

In 2020, Roberts released socially-conscious songs like Lie and Gambling With Our Lives through Tuff Gong International. He co-produced both with Ansell Collins, the famed keyboardist known for songs like Double Barrel, the Stalag rhythm and being a member of The Revolutionaries band at Channel One.

“He’s the one who came to me and said, ‘why are you sitting on that voice?!’. We’ve been working together ever since,” said Roberts. 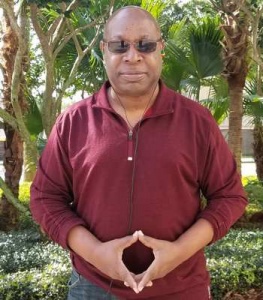 He and Collins have been friends from the 1970s. At the time, Roberts was lead singer of The Titans, house band at the Bohemia Club in Kingston. His band-mates included future singer Glen Washington on drums and keyboardist Charles Farqhuarson, who played with Inner Circle and Toots and The Maytals.

Roberts and Collins have big plans for 2021. They have a raft of songs expected for release on the OC Music label including his cover of (You’re) Having My Baby, a massive hit for Paul Anka and Odia Coates in 1974.

“Mi used to mash up Bohemia with da song dey. Di woman dem used to go crazy when mi do it,” Roberts recalled. “Is a happy song an’ di world needs dat type a song now.”

The year Anka and Coates made the charts was when Roberts made his recording debut with a cover of Harold Melvin and the Blue Notes’ Wake up Everybody, done with The Revolutionaries for producer Sonia Pottinger.

He cut a handful of singles before migrating in 1979 to Detroit where he sang with The Samaritans band, with Washington on drums. A lot of his time in the city was spent as a Disc Jockey. He hosted Reggae Sound Blast, a weekly show on public radio station, WDTR FM.

After re-connecting with Collins, Roberts resumed recording. Several of their collaborations are included on Made In Jamaica, his first album, which was released in 2019 by Tuff Gong International.