With the new year still fresh, the world exhales after the scourge of COVID-19 in 2020. As countries face what scientists fear is a new strain of the deadly virus, Papa Juggy oozes optimism on a feel-good song.

That song is ‘Worry’, an uptempo number that hears the veteran Southern California reggae artiste calling for a positive outlook amid the devastating pandemic.

It is produced by Michael Hyde, a keyboardist with an impressive resume as musician and producer for Ziggy Marley, Chaka Khan, Pink and Jermaine Jackson.

“‘Worry’ is out at the right time, we are all at a crossroad. Listening to ‘Worry’ you can feel positive about you individually fighting against bad mind. Giving thanks for life and your loved ones,” said Papa Juggy. 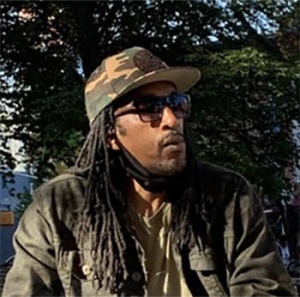 Even though he lives in one of the states hardest hit by COVID-19, the singer says he was never daunted. Worry, released in October, is a reflection of his approach to life.

“I don’t get too down on myself as everyday above ground is a good day to spread love and positivity. My sound is definitely unique and melodic with a genuine tone. That allows me to express myself. Knowing that I’m in my own lane, running my own race, nothing in front or behind me,” Papa Juggy reasoned.

Born in the United Kingdom, Papa Juggy spent his formative years in St. Lucia, his parents’ homeland in the Eastern Caribbean. He has lived for over 30 years in Los Angeles where he developed an eclectic appreciation for music.

His recording career kicked off in 1990 with ‘Educate Yourself’, a song for Warner Bros. The following year, he met former Wailers and Peter Tosh confidant Lee Jaffe who introduced him to The Wailing Souls with whom he recorded and toured for several years.

The high point of Papa Juggy’s time with the Souls was performing on five songs from their 1992 album, ‘All Over The World’, which was nominated for a 1993 Grammy Award for Best Reggae Album.

He has witnessed the evolution of Southern California’s music scene. Since he moved there, it has become more diverse with the reggae scene exploding with the rise of American bands like Rebelution and Stick Figure.

Papa Juggy believes ‘Worry’ is hip enough for his contemporaries and the current generation to enjoy.

“The reggae music scene has changed dramatically in ‘Cali’; for some particular reason it has become too generic. So a tune like ‘Worry’ is exactly what the people dem need to hear,” he said. “It have the potential to reach all age groups, not just the bigger man dem but the yutes especially must love their lives and fight through the struggle worry- free. Ninety percent of what we worry about never happens.”