It’s been eight months since the death of George Floyd in the United States triggered a global outcry against what became known as systemic racism. Singer Tony Roots is still outraged at the senseless death of a black man, killed by a white police officer in the United States.

He protests Floyd’s death with Let Me Breathe, a song featuring Luciano and Turbulence. Co-produced by Tony Roots and The Firehouse Crew, it is scheduled for release on January 14 by his Ras Guerilla label.

The veteran artiste is from Manchester parish in rural Jamaica, but for the last 32 years has lived in the United Kingdom and US. He has seen racism in both countries but refuses to compare its intensity in either.

“Making a differentiation of racial attitudes is irrelevant, if you ask me. The fact remains that racism is a disease like any other disease, and in my opinion, will be around for as long as we live, like any other disease. Believe it or not, racial bias is even prevalent in countries of the same creed and colour. How do we cure a disease of the mind?” he asked. 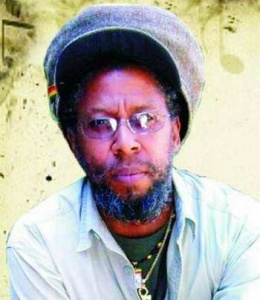 Let Me Breathe is the follow-up to Digi Human, another collaboration with The Firehouse Crew, that addresses anxiety over the growing impact of technology on mankind.

The songs are expected to be part of Tony Roots’ first album in five years. His previous set, Potentate, was released in 2016 by Ras Guerilla.

Most of Tony Roots’ albums, such as Gift Of Life and Lion King, were recorded and released in the UK for companies like Jet Star Records.

Those, along with songs like Hola Zion and Ease Off, earned him a following in that country and parts of Europe. His latest project hears him returning to work with The Firehouse Crew whom he last recorded in 1998.

As an aspiring artiste during the 1980s, Tony Roots came in contact with fellow acts from Manchester who would make it big. They included Garnet Silk, Tony Rebel, and General Degree.

While they stayed out in Jamaica, he left for the UK and launched a career that has so far yielded 10 albums and numerous singles. Along the way, he has never compromised his message of Rastafari.

“Really not easy to measure success from my perspective. However, over the years there has been great appreciation shown towards some of the musical works that have been released,” he said. “I just give thanks that the Most High have provided me with a voice to serve as a musical messenger, to make a vocal delivery to the masses of likeminds, and kindled spirit in a roots-reggae fashion!”