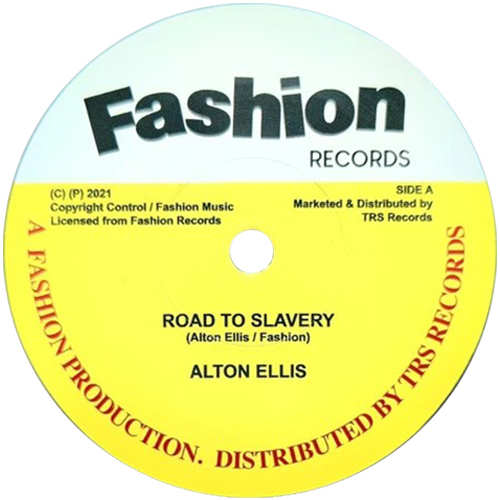 The late great Alton Ellis was living in London when he first recorded for Fashion Records in 1981. Eager to record him again fifteen years later, they built seven or eight riddims for a whole album with the singer, which unfortunately didn’t happen. The until now never released Road To Slavery was a brand new song written by Alton Ellis especially for the proposed album and is one of the few tunes that he recorded a proper vocal for. It’s the first time this track sees the light of day since it was voiced on the 28th March 1996.