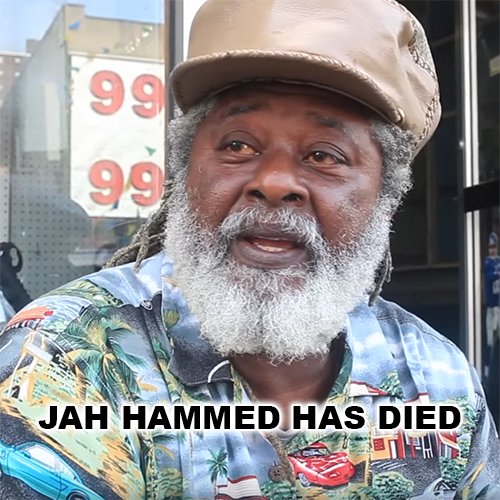 Towards the end of the seventies, Cleveland Smillie aka Jah Hammed relocated from St Thomas to Brooklyn, New York. In Jamaica, he was a member of a group called The Outer Limits, which comprised Cleon Douglas, Mikey Ranglin, Noel Alphonso, David Malcolm, Roland Alphonso, Oneil Nanco, Chilla Clarke, and Leroy Hussen. After 10 years with The Outer Limits, Jah Hammed went solo and got a hit song in 1977 with the self-produced roots song Ordinary Natty, which was released on the Corner Stone label in Jamaica and on Sons Of Rasta in the US. Unlike many Jamaican artists, Jah Hammed wasn’t a very prolific vocalist and thus he has only a small number of singles under his belt (for labels like Don Ruben, Jah Life Time, King, Sons Of Rasta, and Total Satisfaction) as well as three albums; The Many Phases Of Jah Hammed (2009), Real Love (2012), and Champion Sound (2019).

Our deepest condolences to his family and friends! Rest in power.