by Teacher at Reggae VibesFeb 1, 2021News 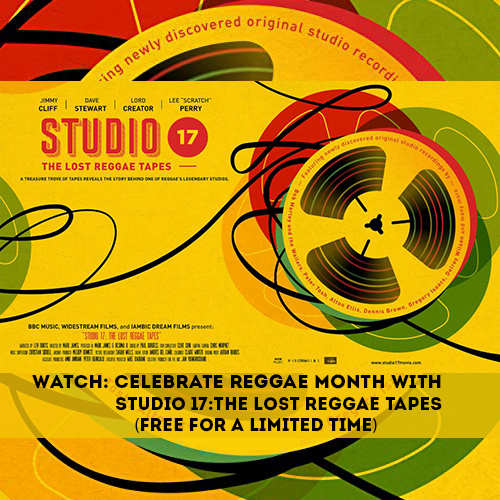 The film opens a door into the creation of a musical form that changed the sound of popular music around the world and takes a hard look at the real lives of the poor musicians who created it. Located in the heart of downtown Kingston, Studio 17 was a nerve center of Jamaica’s vibrant music scene. Shot in Jamaica, London, and Hamburg, the film follows Clive Chin’s own battle to secure the rights to the Randy’s archive so that the music will be heard by future generations. We also see his emotional struggle to overcome the murder of his son Joel Chin, who was head of A&R for VP Records and worked closely with dancehall stars like Sean Paul & Beenie Man.

Starting February 1st, 2021, the film is made available for a limited time by Tidal, the streaming service founded by hip hop mogul Jay-Z, as part of a special Reggae Month campaign. The Randy’s archive contains hundreds of reels featuring many unheard and unreleased songs by The Wailers, Peter Tosh, Dennis Brown, The Skatalites, Alton Ellis, Gregory Isaacs, and many more legendary stars of Jamaican music. Somehow these precious tapes survived years of neglect as well as looting, hurricane Gilbert, and intense tropical heat. The songs were produced by Vincent “Randy” Chin and his son Clive Chin at Randy’s Studio 17, which was located upstairs from the family’s bustling record store at 17 North Parade, forming Jamaica’s first fully integrated production and sales outlet.