Hanging out during the 1970s at the musician’s lair in downtown Kingston known as Idler’s Rest was like attending university for artistes like Keith Poppin. Their conversations and observations led to many a song.

The 71 year-old Poppin now lives in different surroundings. The singer, known for songs like Same Thing For Breakfast and Envious, has called North Carolina home for over 20 years.

However, he has never lost touch with his reggae roots. Two years ago, he went to Jamaica for recording sessions that resulted in One More River to Cross, his self-produced album which was released last summer. 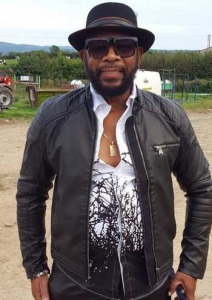 Poppin wrote all but one of the 12 songs on the set. It’s been over 50 years after making his recording debut, but he retains an enthusiasm for a business that has not always been kind to him.

“A true singer never stop record even when yuh not making money. I never mek a lot of money from di business but wi love making music,” said Poppin.

Most of the songs on One More River to Cross are inspired by life experiences, which has motivated Poppin’s songs since he kicked off his solo career in the early 1970s.

“Me’s more of a revolutionary singer an’ if yuh listen to songs like Follower an’ One More River to Cross yuh will hear dat. Anyone who follow my career know dat it’s always been about di message,” he said.

Poppin was born Keith Smith in Westmoreland, a rustic parish in Jamaica’s sugar region, known for producing artists like Peter Tosh and Ronnie Davis of The Itals.

He moved to Kingston as a youth in the early 1960s and got immersed in a music scene that evolved from ska to rock steady then reggae. One of his early solo songs, Whenever There is Moonlight, was produced by Lloyd Campbell and released in 1973.

Poppin covered the song again for One More River to Cross as homage to singer/songwriter Jackie Edwards who first recorded it.

In 1993, he left Jamaica and initially settled in Hartford, Connecticut. After four years there, Poppin moved to North Carolina.

For an authentic feel, the jocular artiste returns to Jamaica whenever he is doing an album. His previous set, Speak Out, was done with Jamaican musicians, so too One More River to Cross which features legendary bassist Flabba Holt and hot session drummer Kirk Bennett.

Keith Poppin still performs. Prior to the global lockdown of the live show circuit by COVID-19, he performed in Brazil and in the United Kingdom on the One Love Festival.