In the 40 years since General Jah Mikey started recording, he has used his career to spread the conscious word of Rastafari and pay the bills. The Northern California-based singer has a different mindset these days.

“Mi want a redemption to remind di people who I am. Mi nuh like when a man fight him trod people don’t know him works,” he said. 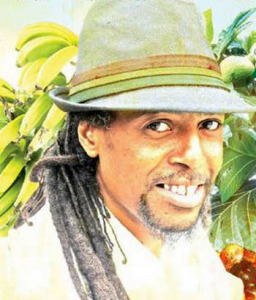 General Jah Mikey has done a lot of ‘works’ since the early 1980s when he kicked off his career as a singer on sound systems like Black Zodiac, Kilamanjaro, Jack Ruby, and African Symbol. He has recorded a number of albums and songs for various producers and laid down roots in South Florida, New York City, and California.

Based in San Bernardino, he has tried his voice with different genres since moving to the Golden State. General Jah Mikey has recorded for hip hop, jungle, and techno producers in a bid to make a name outside of his reggae base.

It is a strategy some of his contemporaries have shunned but he scoffs at those who stay in their comfort zone. “People need fi know dat yuh can put out yuh message inna different ways,” he said defiantly.

The California reggae scene has changed considerably since he moved there in 1996. Then, it had a number of festivals like Bob Marley Day and Reggae On The River which have either ended or put on hold; some of the small clubs that played reggae have closed. That changing landscape was one of the reasons General Jah Mikey moved north which is more receptive to reggae acts like himself.

Born Michael Mitchell, General Jah Mikey was receptive to roots reggae as a youth in Kingston, Jamaica where he is from. In addition to sound systems, he hung around older singers such as Edi Fitzroy, Dennis Brown, Linval Thompson, Gregory Isaacs, Barry Brown, Tristan Palmer, Michael Palmer, and Sugar Minott.

He credits Minott, who died in 2010, for his early development. “Dat man teach mi a whole heap. Him teach mi about stage presence an’ how to make up things on di spot,” he said.

Many of his contemporaries have died, with a generation of youth in Jamaica unaware of their legacy. It is something General Jah Mikey is wary of. “Wi do nuff great song an’ wi still have nuff great works to do. Di people have to hear dem,” he said.