As a singer and musician, Leroy Sibbles is used to making hit songs. He’s been doing both for over 50 years and showed he still has the magic touch by copping another chart-topper at age 72.

His reggae version of Try Me, originally done by James Brown and The Famous Flames, went number one on the South Florida Foundation Network Chart for three weeks in January and February.

The self-produced song was released in November. It’s an homage to Brown, one of the famed Heptones’ favourite artistes.

“To be able to produce a number one at my age right now is a great gift and I give thanks. I’m not really surprised because I was born with this gift,” said Sibbles. 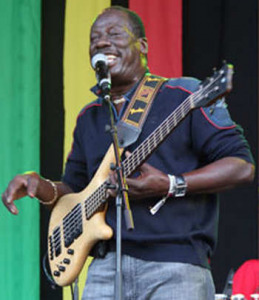 Like many of his contemporaries from the rock steady era, Sibbles has expressed frustration at times about his new songs getting sparse airplay compared to his work with The Heptones. In recent years, he has released several singles including a cover of Bobby Womack’s Harry Hippie.

Whenever he performs, the classics he did with The Heptones at Studio One in the 1960s dominate his set. But he does find space to give one of his latest productions exposure.

Over 50 years since his recording debut alongside Earl Morgan and Barry Llewellyn, Sibbles retains a zest for the music business.

“Di energy now and back then is two different things. I was very hungry for success to create music when I was at Studio One. Now, my entire energy is much calmer but di fire is still deep inside of me,” he said.

Along with keyboard wizard and legendary arranger Jackie Mittoo, Sibbles was a mainstay at Studio One where he sang lead on most of The Heptones’ hit songs such as Sea of Love, Why Did You Leave, Fatty Fatty, I’ve Got The Handle and I Shall be Released.

He was also the resident bass player. His lines can be heard on hits like Baby Why by The Cables, Satta Masa Gana by The Abyssinians, and Queen of The Minstrel by Cornel Campbell.

Moving to Canada in late 1973 for a visit, he ended up living in that country for over 20 years, becoming a force in its reggae community. Sibbles also gained recognition among Canada’s top pop acts; he played bass on Wondering Where The Lions Are, a massive hit for singer/songwriter Bruce Cockburn in 1979.

Since returning to Jamaica permanently in the mid-1990s, Sibbles has maintained a strong presence as a live act there, in North America and Europe.

A follow-up to Try Me is expected to be released going into summer.