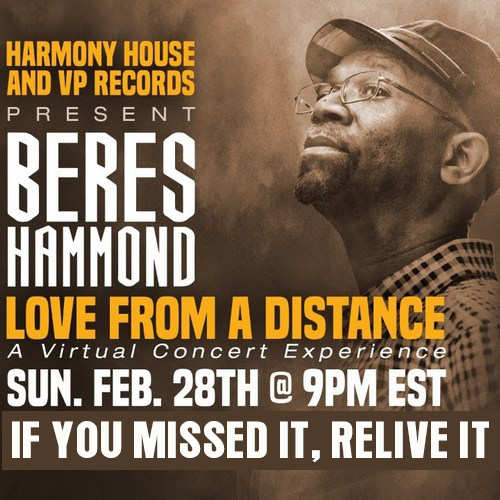 If Versuz is the metric we use to measure a record in the era of live streaming, then Beres Hammond is the King! The King of Lover’s Rock held the attention of 105K live viewers on the VP Records YouTube channel and garnered hundreds of thousands of comments from those viewers.

With a career spanning more than 40 years, Beres serenaded his audience for an hour and thirty minutes – delivering hits like No Disrespect, Sweetness, Putting Up Resistance, Live On feat. Marcia Griffiths and I Wish and Falling In Love Again feat. Buju Banton to name a few.

An energized Beres performed with his full band against the backdrop of a stunning stage. His voice in perfect tune, Beres gave the world what it needed – him!