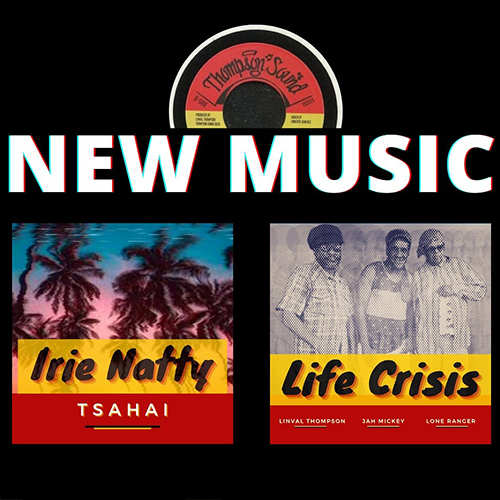 Leval Alphonso Thompson, better known as the Jamaican singer/producer Linval Thompson, started to work as a singer, but became increasingly prominent as a producer, working with key artists of the late roots and early dancehall eras such as Dennis Brown, Cornell Campbell, The Wailing Souls, Barrington Levy, and Trinity. About 40 years later he’s still active as a singer and as a producer. on his label Thompson Sound he has just released two new singles, one featuring Linval Thompson himself in collaboration with Lone Ranger and Jah Mickey, while the second one features female singer Tsahai. The former sees the three artists riding a wicked rub-a-dub riddim, while Irie Natty is underpinned by a relick of the Vanity aka I’m Just A Guy riddim. Both singles plus their dub versions are available on all digital platforms.