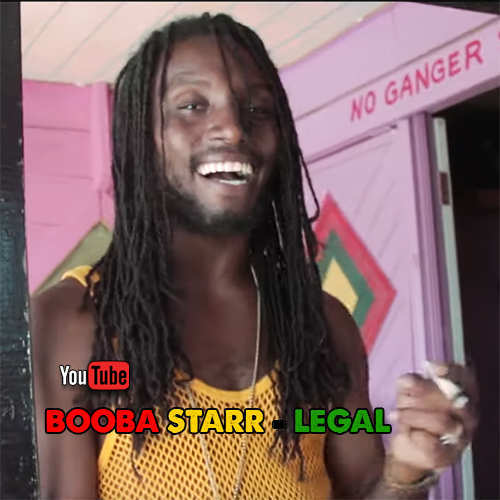 Since opening his own recording studio, Jamaican reggae & dancehall singer and songwriter Dane Salmon, better known by his stage name Booba Starr, has voiced riddims for multiple record labels and producers including Julius ‘Zege’ Mitchell of Sweatboxx Productions, Dimmie Joe Muzik, and G5 Entertainment. He also recorded a single entitled Hackle Di Body for Deon Gray’s Jafrika label. Some of his noteworthy single releases include Inna Kingston City, Irie, Another One Gone, Dutty Badmind, and Long Go Lala. His 2017 single, a ganja song called Legal, was released by Jafrika/Starr Team Records. The official music video for the song, shot in 2017 but officially released on April 13, 2021, was very well-received as it got over 20,000 views on YouTube within six days.

Booba Starr spent his early childhood in Kingston before his parents moved to the Greater Portmore area of Saint Catherine. His interest in music began while attending Kingston College High School. He began writing poems and songs during this high school days and would perform them to entertain his family. He would later hone his skills on a local sound system called Hard Drive. This experience gave him the confidence to pursue his musical interests.