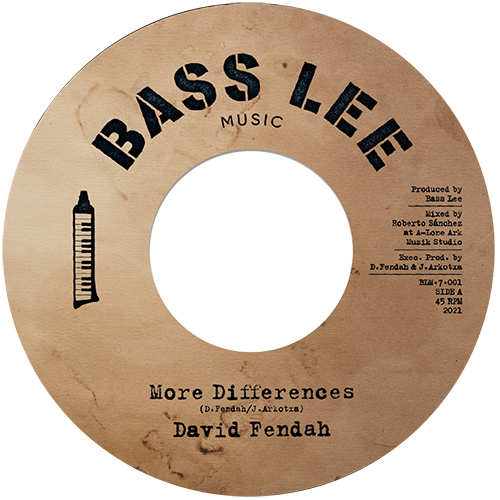 Bass Lee Music is an independent Reggae label from Bilbao, Spain, founded by producer and musician Bass Lee. More Differences is the label’s first release on 7″ vinyl and consists of a vocal cut sung by David Fendah and a dub version mixed by Roberto Sánchez at A-Lone Ark Muzik Studio. David Fendah – an artist from Girona, Spain, and currently the lead singer of the group Wah Wah’s – sings conscious lyrics, adorned by Bass Lee’s melodica and backed by Bass Lee Music Players. Among the musicians is noteworthy the involvement of May 2020 passed away producer and musician Dubby Ambassah, to whom this release is dedicated. Apart from being a producer, Bass Lee has recorded as a melodica player in some records released in vinyl and digital format and is now part of the roots reggae and dub band named Message, playing keys and melodica. Released on April 2, 2021.