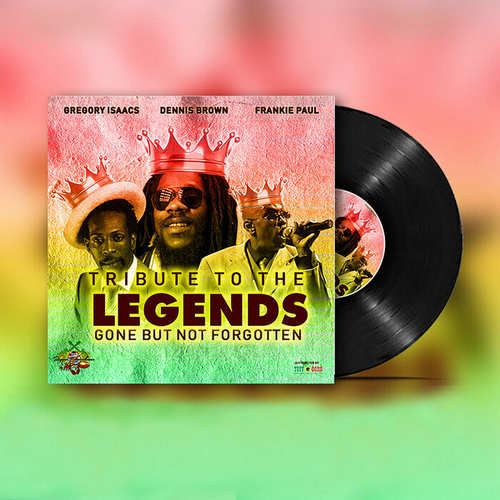 The 12-track album Tribute To The Legends, Gone But Not Forgotten on the Reggae Powerhouse label is producer Leroy Scarlett’s personal tribute to his brothers, three legends of reggae music that are no longer with us. Those legends are Gregory Isaacs, Frankie Paul, and Dennis Emmanuel Brown.

These three artists mentored Scarlett in his early years in the music business and he was fortunate to be able to produce them, leaving him with a catalogue of unreleased material. He believes that if we don’t keep their music coming, they will eventually be forgotten, as the older generations leave us also.

Leroy Scarlett hopes that we can keep their memories alive for generations to come and by releasing this catalogue of tracks, a few at a time, he can introduce future youth to their magic. The album contains some old favorites alongside the exclusive original tracks.