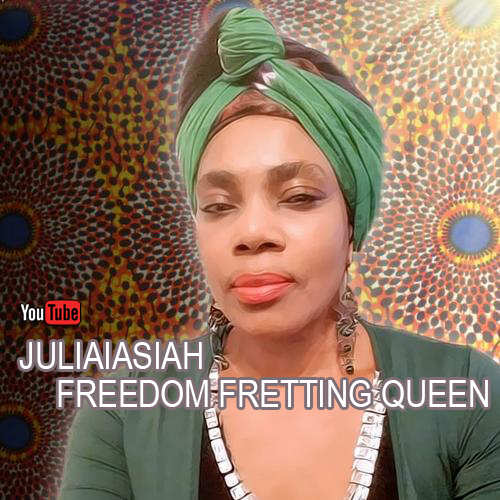 Juliaiasiah, a singer and songwriter born in Jamaica, currently resides in Germany. She’s known as the ‘Lady with the Golden Voice’ and her mission is to spread love through her music, because to her music means love, the universal language that heals, reaches out, touches and unites people from all over the world, no matter their belief. In recent years, she has released several singles, EPs, and albums such as Berlin Wall, No Mistake, and The Three Eyes.

Juliaiasiah has made the visuals for one of her latest singles entitled Freedom Fretting Queen, which was produced by the singer who accompanies her on this collaboration, Mike Onsite. This song was released in Los Angeles CA by Ugly Daug Onsite. The inspiration for the song resulted from seeing suffering youths around the world who needs a helping hand just to give them real valuable reasons to make life meaningful for them and to achieve some of their goals and become good examples, role models to society.