As one of the leading artists of modern-day dancehall, Popcaan has etched out an international career that has seen him push the music genre to infiltrate and influence sounds on a worldwide level.

Recently Popcaan shifted into ‘Survivor’ mode for his latest single, which narrates the tale of the entertainer’s formative years, struggling to achieve success amidst paying homage to those who remained loyal to him throughout the ordeal. Spearheaded by the Terror Family Productions duo, Courtney ‘Stamma T’ Samuels and Mark Lawrence are the architects behind the single that has been trending for the past two weeks. 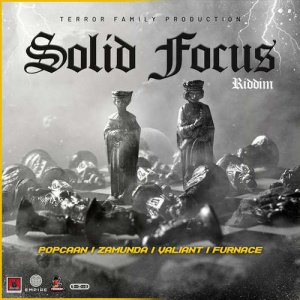 Matched with an accompanying visual by Kryss Ras and Prof of Tower Music Media Group (TMMG), that was shot throughout the thoroughfares of St. Andrew and St. Catherine, the video for Survivor extends the introspection of the track and delivers sun-kissed scenes and eye-catching angles that capture Popcaans antics. The song serves as one of Popcaan’s increasingly more diverse sounding offerings, bordering on a reggae/R&B fusion.

The lead single from the Solid Focus Riddim compilation, a 4-track collection of individual songs created from the same instrumental, Popcaan is the first to introduce the sound via Survivor. The full EP is now revealed in its entirety, which exclusively features members of Popcaan’s Unruly Entertainment camp including Zamunda with Preserve My Life, burgeoning upstarts Furnace with Unafraid Life, while Valiant serves up Poverty Get A Way to cap the presentation.

Though long-term friends, Survivor is the first time Popcaan and Terror Family Productions have collaborated with Stamma T explaining: “The success of Survivor is very encouraging and I’m confident the Solid Focus Riddim EP will undeniably become a favorite globally. There is something special about each track, all the artistes were on the same frequency during the studio session. Survivor has already captured the hearts of fans and we remain hopeful this will carry over to the rest of the project.”

Distributed by international outlet EMPIRE, who recently inked a deal with Terror Family Production as part of a continued thrust to support the reggae and dancehall genres, label executive Mark Lawrence of TFP added that: “We are aware that the other members of the Unruly Entertainment camp are not as established as Popcaan, nonetheless the quality of their music is top-notch”.