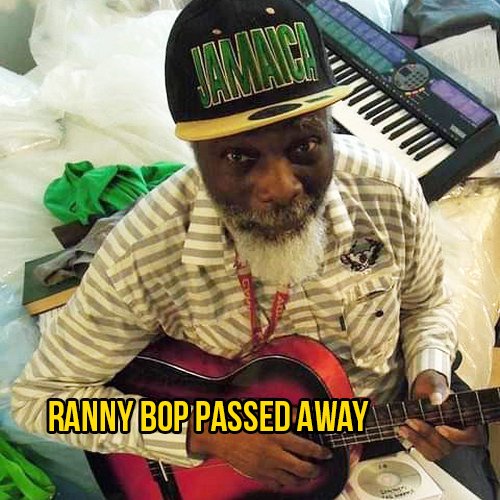 Ranford ‘Ranny Bop’ Williams, born November 8, 1942, passed away in his home in North York, Toronto ON, on April 18, 2021. Over the last sixty years, Ranny Bop has played guitar on countless records of an endless list of artists including The Wailers, Jimmy Cliff, The Versatiles, The Ethiopians, The Slickers, and The Techniques, who recorded for producers like Leslie Kong, Duke Reid, Bunny ‘Striker’ Lee, Lee ‘Scratch’ Perry, Alvin ‘GG’ Ranglin, Coxsone Dodd, and Sonia Pottinger.

He started to play with informal groups before he became a member of the Jaguars at age fifteen or sixteen. After The Jaguars, he played guitar with The Vulcans, The Fabulous Falcons, The Pioneers, The Percy Myers Band, Tommy McCook & The Supersonics, The Rhythm Force Band, The All Stars, The Upsetters, The Aggrovators, and The Hippy Boys. After the Hippy Boys had disbanded, Ranny Bop relocated to the UK where he produced singers throughout the 1970s on and off. Many of his 45s appeared on the Pama group of labels and are highly prized by collectors today.

At Treasure Isle, Ranny Bop not only played guitar for Duke Reid, but he also worked directly with the producer to identify the music that was to be recorded for the days’ worth of sessions and helped to arrange the music.

Our deepest condolences to his family and friends! Rest in power.