Roughhouse is determined to maintain a Jamaican-ness

Located in the North-Rhine Westphalia region of Germany, Dortmund is one of the country’s most diverse cities. There are immigrants from all parts of the world, including singer/musician Roughhouse from Jamaica.

For the past 25 years, Roughhouse has called Germany home. He has recorded five albums and numerous singles, as well as produced songs by artistes from Africa and Germany.

ROUGHHOUSE IS DETERMINED TO MAINTAIN A JAMAICAN-NESS

His latest song, Heart To Heart, was released on April 23 by his MPerium Records. A hard-driving reggae ballad, it is Roughhouse’s third single for 2021. 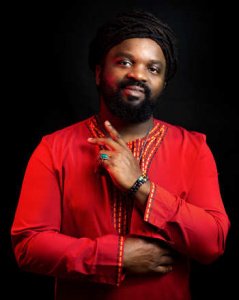 “When it comes to reggae music my drum and bass have to be Jamaican rooted. Not because we don’t have good musicians all over the world, but there is an everlasting fire that we as Jamaicans have in the music that you just can’t replace, it will sound good but the spirit is what makes it authentic,” he said.

That authentic feel, built around blaring live horns, drums and bass, is a hallmark of the MPerium Records sound. It drives Rest Well In My Arms and In Love Again, Roughhouse’s other songs released this year.

His attention to detail has made him popular among other expatriate artistes including River Nile from Sierra Leone and Julie Lioness from Togo. Roughhouse has produced songs by both.

Though it brings out his creativity, doing double duty can be tough.

“I do think working as an artiste and a producer is sometimes very challenging. Because of musical choice, instrumentation, and allowing yourself to be a distance from your music, one tends to be very hard on yourself, thinking at times it is not good enough. To sum it all up, it’s a blessing and a curse working as a producer and an artiste at the same time,” said Roughhouse.

Born in rural Manchester parish, he credits his meticulous nature to his father, Keith Powell Senior, a guitarist who worked with greats like Dennis Brown and Bunny Wailer. The elder Powell encouraged his son to practice on guitar three times a day if he wanted to become a serious musician.

By age 15, Roughhouse was a professional. In the late 1990s, he was earning his keep on Jamaica’s north coast tourist scene when he went to Germany on vacation.

“While in Germany, I met this young singer called Patrice and Jamaican Papa Curvin, the first man to bring reggae music to Germany. They offered me the opportunity to go on tour with them so after talking with my father and my manager back in Jamaica, they told me to go for it and if it does not work out your job is still here for you. I had nothing to lose; the rest is history,” he recalled.

Roughhouse is currently marketing his latest songs. He is also promoting the album Peace And Inspiration, which came out in February 2020.