Sauce Perreler is hungry for success

Up until 10 years ago, Gladstone Nelson was making a living working his farm in the Jamaican countryside. While he loved agriculture, his real passion was throwing down lyrics — dancehall lyrics.

In 2015, he gave up farming and pursued music full-time as Sauce Perreler. Now based in Baltimore, Maryland, the hardcore deejay is making inroads in the competitive Jamaican dancehall market.​

SAUCE PERRELER IS HUNGRY FOR SUCCESS

Sauce Perreler had a solid 2020 with songs like Dancing and Keys To The Future. This year, he has kept busy by releasing Love Pandemic, Bank Note, and Victory. 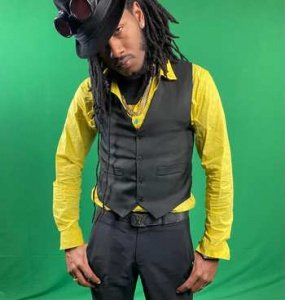 The crowded dancehall field is currently dominated by acts like Popcaan, Aidonia, Masicka, and Intence. Sauce Perreler is aware of how tough it is to make in the genre’s top bracket.

“It’s really tough, because there are a lot of good dancehall artistes out there. It hard to get in di game but it jus’ take people to hear di artistes and give dem a passing grade,” he said. “It jus’ come down to patience an’ time.”

Much of his time in the last year has been spent in recording studios where he cut over 100 songs in an aggressive bid to score a breakthrough single.

Most of those songs are produced by Money Ina Kyle Records, a company owned by his cousin Damian Christopher King. That label produced Love Pandemic, inspired by the Coronavirus; Bank Note, and Victory.

Six years into his career, he knows the importance of getting a massive hit in Jamaica.

Dancing, a blend of dancehall and techno, is produced by South Florida-based Jamaican Jon FX, who hit the big time three years ago guiding the career of (deceased) rapper XXXtentacion. Keys To The Future, a hardcore jam done with Fully Bad, another aspiring deejay, is produced by Money Ina Kyle Records.

Sauce Perreler is from St. Ann parish, a vast region in northeast Jamaica where Marcus Garvey, Bob Marley, Burning Spear, and Shabba Ranks were born. As a youth, he listened to the songs of Marley and ‘Spear’ on his father’s sound system, but also admired the cutting edge lyrics of Vybz Kartel and Masicka, and American pop groups like The Backstreet Boys.

It was not until six years ago that he debuted as a recording artist. He is hungry for success.