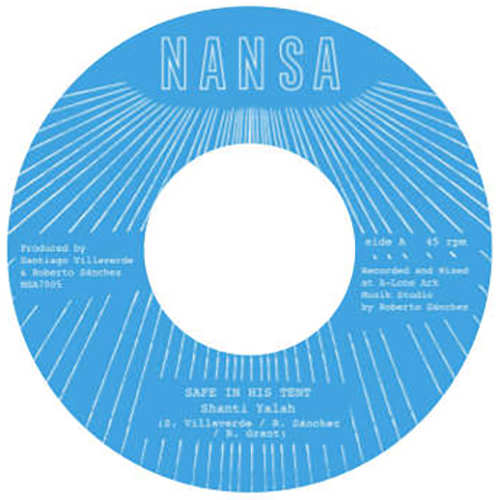 Nansa Records present a brand new 7″ vinyl single release featuring Spanish roots singer Shanti Yalah with his latest song entitled Safe In His Tent (b/w Lone Ark Riddim Force’s Safe In His Dub). The single is taken from his forthcoming album Friends Of The One, which follows up his 2017 debut LP Creation. The new album will be soon released together with a dub version of the album by Lone Ark Riddim Force that will be put out under the name of Baay Faal Dub. Shanti Yalah is the artist name of Santiago Villaverde – producer and founder of Nansa Records. Out on April 2, 2021.