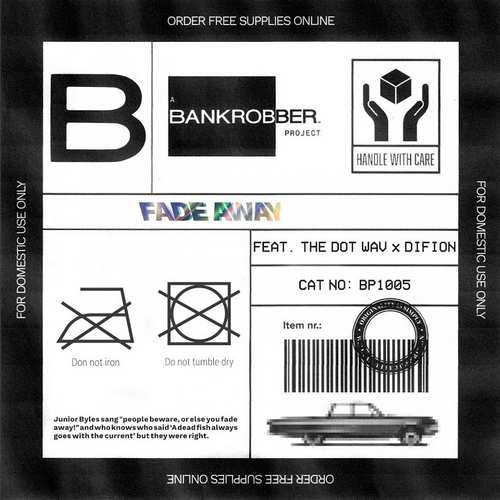 Bankrobber Projects, a Brooklyn based Creative Agency and Production Company, present a reimagining of the Joseph Hoo Kim produced all-time roots anthem Fade Away by Junior Byles, originally recorded at Channel One studios and released in 1975 on the Hitbound label.

There is no other song that speaks simple truth and warning to the times we are living through today, even if that voice comes from 45 years ago. Take note. “He who seeks of only vanity, And no love for humanity, Shall fade away, fade away.” “Beware, or Dare”.

On this song Bankrobber Projects is joined by two breaking writers, singers, and producers, The.Wav & Difion, who originally hail from Tanzania and Jamaica. Music is produced by Bastian Heerhorst and Sean Holland.