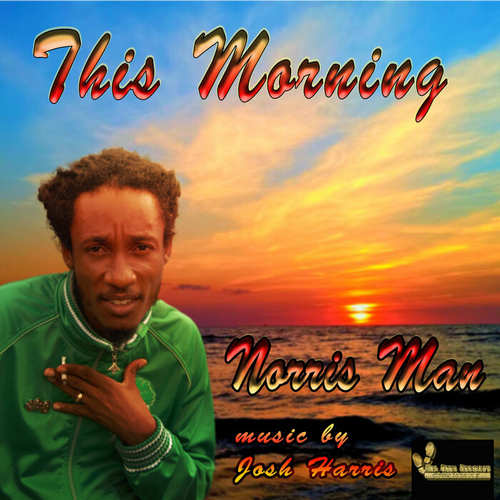 Reggae artiste Norris Man breathes a breath of fresh air into his newest track, “This Morning.” Produced by Umberto Echo for Big Feet Records, the track officially made its way to retailers on May 28, 2021.

With an easy going Reggae vibe this song is one that’s perfect to wake up to in the morning, as described by composer and co-writer Josh Harris, who completed the project in just one month.
New Track From Norris Man

“Everything about this process went smoothly. I wanted to sing background harmonies behind Norris Man and he very graciously allowed me the honor,” Harris explained. With the meticulous care and attention that went into this project, the producer is expecting great things upon its release.

“My hope for this song is that it retains an international audience. As Norris Man now lives in Sweden, Umberto in Germany and I’m in the US, the song is a culmination of our different styles and flavors,” Harris elaborated.

With an illustrious career dating as far back as the 1990s, Norris Man is an artiste who has experienced the evolution of Jamaican music throughout the years. Having worked with some of the most prolific producers to date, such as Iley Dread of Kings of Kings, Richard “Bello” Bell of Star Trail Records and Colin McGregor of Jah Scout Records, his past hits include Persistence, Hold Onto Your Faith, and Bad Road.” Now, Big Feet Records has been added to that list.

“This is my first time working with Norris Man and it was very gratifying as I’ve always been a long-time fan so having this experience has been great,” Harris added.

Based in California, USA, Harris has, through his label, utilized his long-time love for Reggae to connect with some of the biggest and best in Jamaican music. The label has worked with many high profile Jamaican acts such as Turbulence, The Silvertones, Little John, Natty King, Lutan Fyah, Junior Kelly, Pressure and Pam Hall.

“Big Feet Records focuses on creating unique riddims for collaborations with Jamaican artists. I am honored to have released songs with some of the great names of Jamaican music,” he revealed. Expect more music from the label soon, as there are many collaborations in the pipeline with artistes such as Jah Mason, Vershon and Duane Stephenson.