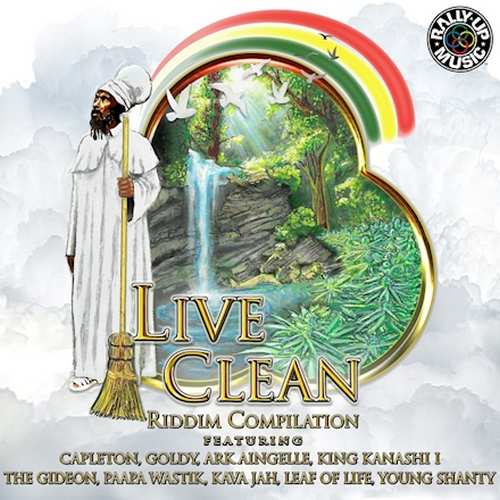 Record label Rally Up Music is bringing an incredibly energetic and refreshing vibes with its brand new project, the Live Clean Riddim. The body of work was officially released on April 13 and features a diverse set of artistes from countries such as The Virgin Islands, Ghana, Guyana, the United States, and Jamaica.

On the heels of the Tree Of Life Riddim, this new project is expected to resonate with music lovers, providing useful and relevant messages.

“We hope that the message of having a solid holistic approach to life will resonate with the youth because they are the future, having good eating habits like in the song ‘Ital’ by Goldy or cultivating a clean heart to abolish negativity as in ‘Real As It Seems’ by Capleton,” the producer revealed. Other titles on the riddim include Nah Bow, As I Rise, and Persevere.

Based in Oakland, California, Rally Up Music had its first release in 2016, the I-Draw Riddim which featured the breakout hit Orange Peel by Tuff Like Iron.

With two recently released singles with King Kanashi I titled Forward To Love and Deception Time, the label has plenty more in store for the coming months.

“We have some new exciting projects in the pipeline with some more riddim compilations and we also have a set of new music with Afro Beats sound. We are focused on putting out quality so the people resonate with the product,” El Khemist stated.