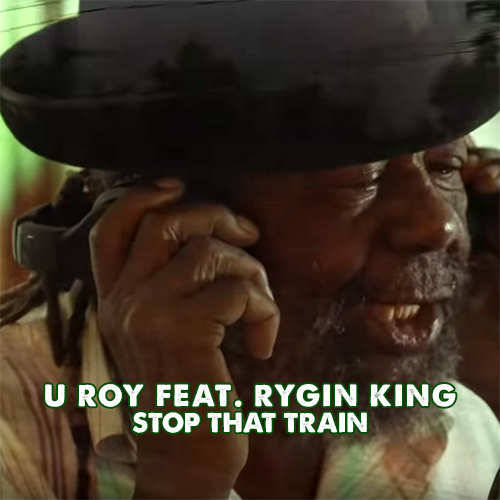 U-Roy’s Stop That Train features a guest appearance by the up-and-coming Jamaican artist Rygin King. Originally Stop That Train is a 1965 ska song by Jamaican band The Spanishtonians (also known as the Spanish Town Skabeats), that has been covered and sampled by numerous artists. Its most famous cover was its first, a 1967 cover by Keith & Tex. The official music video captures U-Roy in 2018 at the Trojan Jamaica studios in one of his last sessions ever. Stop That Train is the third song taken from the deejay’s final album Solid Gold U-Roy.