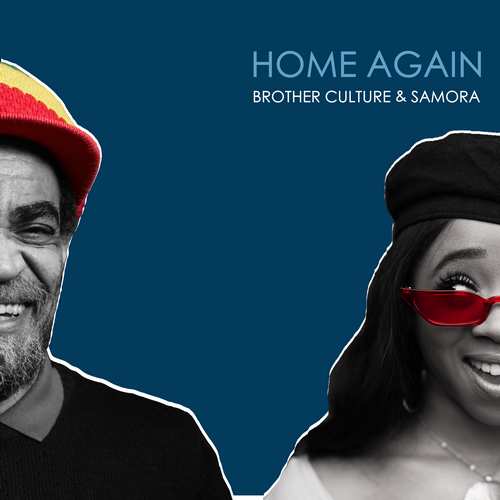 Home Again is the third collaboration between Brixton based MC Brother Culture and Surinamese-Dutch singer Samora now living mostly in Switzerland. But unlike the two first releases from RUNN Records, Little Green Bag and How Long, which were reggae interpretations of classic pop tunes, this is the first 100% original collaboration track by these two artists. The riddim has been produced by Res Staudenmann, guitar player for Swiss Reggae band Open Season and producer for Samora.