One year after his debut album Dub Expedition and the collaboration with dub music’s legend Scientist for the EP Mary Jane Inna Dub, Cienfuego returns with a concept album. 1826 is a musical film that tells stories of resistance and rebellion through the riddim and the centuries-old tradition of reggae culture. The ancestral vibrations of ancient Nyabinghi protest songs open up the scenes to then leave room for roots and dub. These two come together in an unexpected way to recreate sounds that have made the history of Western cinema — as inspired by the great master Ennio Morricone, to whom Cienfuego dedicated this entire work. The imaginative world of 1826 emerges just as much from the sound as from its visuals.

Many musicians have contributed to the recordings at Cienfuego’s studio with instruments coming from popular tradition (violin, banjo, accordion, native flutes, to mention a few) specifically brought in to make the most of the songs’ setting and the historical inspiration. In addition, Cienfuego brought in a noisemaker — dusting off the ancient tradition of manually recreating ambient sounds, typical of the world of cinema. 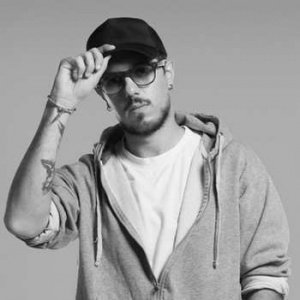 The artwork and graphics show the fusion of elements that, although they belong to the same era, are in open contrast to each other: the arrows of native people cross over the main character — a character who changes the essence of who he is in the arc of the narration, abandoning the lands of North America and embracing a distant culture, represented by the poncho and the sombrero, both symbols of the Mexican tradition. Legendary films come to mind through this image, including ‘A Fistful of Dollars’, Sergio Leone’s ‘Giù la testa’ or the more recent ‘Hateful Eight’ and ‘Django” by Tarantino.

With the album 1826 – the year of the first photo taken in the world and the publication of ‘The Last of the Mohicans’ – Cienfuego creates an imaginary story that openly refers to the struggle for self-determination, weaving a thread through the resistance of Native Americans against the colonialists, to that of the Basque people in Europe, symbolized by the traditional song about independence Txoria Txori, up to the battles of the Chiapas Zapatistas in Mexico, overturning and renewing the stereotype of the Western imaginary.

The album features 7 songs written, composed, and arranged entirely by Cienfuego, with the exception of Txoria Txori – The Spirit of Time, which is written and composed by Basque singer Mikel Laboa.

The tracks are enriched by numerous collaborations with artists and musicians of the international and national scene such as Junior Kelly, Awa Fall, Raphael, Pablo (singer of the band Catch a Fyah), emerging artist Mari Maion on vocals, and Francesco Moneti of Modena City Ramblers as a session partner. The work was finally mixed by Cienfuego and award-winning producer Walter ‘Bonnot’ Buonanno and mastered at the Bonnot Studio in Italy.