Singer, songwriter, musician, producer, entrepreneur, and media personality D Mack’s tradition is rooted in the influence of Jackie Mittoo and was mentored by the great musician for over five years in Toronto ON. The contribution of the great Jackie Mittoo to reggae music is immeasurable and notable.

Born Douglas McLeary, in Buff Bay, Portland, Jamaica, D Mack grew up in a strict Baptist home, where he was under a firm regime of gospel music; however, his exposure to the jukebox, sound system, and radio expanded his ears and mind to different genres of music.

Migrating to Canada, at an early age, the transition was a culture shock, but D Mack knew he had to discern his new environment to make his life blissed throughout the fridged years in Toronto. His fascination grew stronger for music, which led him to start taking music lessons and learning to play the trombone and guitar and found that he had a special kinship to the guitar at the Italian Canadian Music Center. 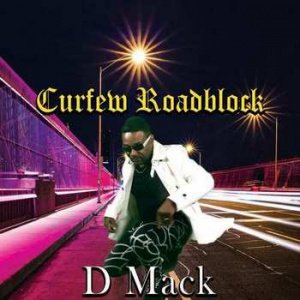 Growing in the business over the years, D Mack released many singles. His first was I’ll Always Love You, produced by Winston Richards on the W.A.R record label, and he collaborated with Jackie Mittoo, Lloyd ‘Bullwackie’ Barnes, and Sugar Minott recording Baby Love in New Jersey.

After withstanding the Canadian elements for several years, he relocated to South Florida where the sun was brighter. Since residing in Florida, D Mack recorded with Danny Breakenridge of Upstairs Music. D Mack was also ‘The Smooth One’ radio personality on 1170 WAVS radio in South Florida.

D Mack pays momentous homage to the musical genius Karl Pitterson, whose arrangements are colored throughout his debut album Odyssey, which embodies a reggae collection of Culture and Lovers Rock. D’Mack aka Doug E Mack has shared the stage with such greats as Beres Hammond, Morgan Heritage, Everton Blender, and Screwdriver, to name a few.

Extending his musical abilities in the business, D’Mack decided to open his own studio in South Florida, Rhythmax Records, where he produced artists such as Glen Washington, Sasha, Terry Linen, and Jules. Additionally, the multi-faceted D Mack is the founder/CEO and host of ‘REL’ (Reggae Entertainment Lifestyle TV program), a diverse syndicated show that is growing globally.