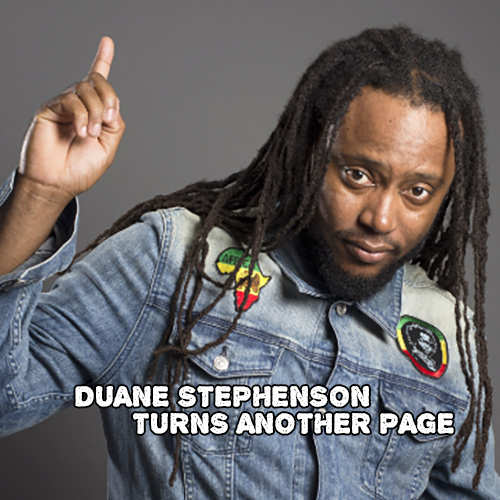 Reggae artiste Duane Stephenson has released a soulful new track titled Another Page You Turn. Produced by Big Feet Records, the lyrics were written by Josh Harris and Mark Stanley, and the song was officially released on July 1, 2021.

“The words of this song are beautiful. I think it can be a great song to help people at this time and it is the main reason why I came on board to sing the song,” the artiste said. This was his first time working with Big Feet Records and although they did not collaborate in person, the result was still a magnificent track that has been well-received by music lovers since its release.

“For me, the process of making music is mostly in the mind. It has to be of worth and at the same time enjoyable to the fans. It always starts with the words for me and then the right people to help with the music,” the artiste stated.

Originally a member of the Reggae group To Isis, Duane Stephenson pursued his solo career in 2005 and has since then released 3 albums and a host of singles such as Rasta For I, Cool Runnings, and Play That Song. More recently, he collaborated with Sophia Brown on a track titled My Religion as well as Caribbean Girl with Romain Virgo; both tracks were released in February 2021.

Caribbean Girl is a song to uplift the spirits of Caribbean women and, by extension, women everywhere in this time, he highlighted, ‘in this time’ referring to the ongoing pandemic which has affected many creatives in the entertainment industry, including him.

“For me, not touring is really hard as that always helps with promoting new songs and gives you the energy to go back to the studio and invest more time for the people. On the other hand, it has given me some time and space to really slow down and write new songs and really gather my thoughts in the process,” he expressed.

Moving ahead with new projects, the artiste is currently working on an album with Donovan Germain and Penthouse Records, details of which will be revealed soon.