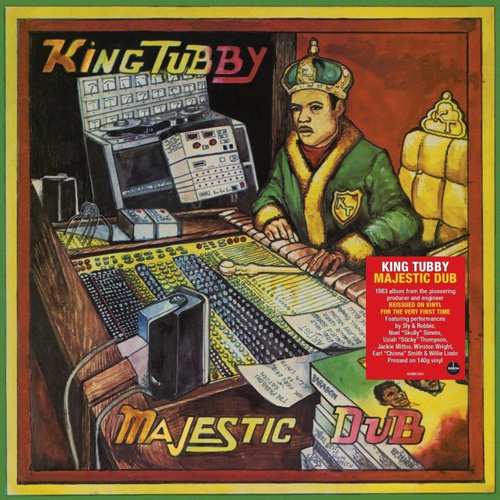 The first ever vinyl reissue of this dub set from 1983 comes from Demon Records. Originally released on the UK reggae label Star in 1983, it has been unavailable on vinyl for nearly 40 years. The LP is produced by the late, great Bunny ‘Striker’ Lee, who can be heard introducing many of the dub versions, and is mixed by Lloyd James aka Prince Jammy at King Tubby’s in 1980. Most of the riddims are supplied by a familiar group of players including Sly & Robbie, Santa Davis, Earl ‘Chinna’ Smith, Willie Lindo, Keith Sterling, Noel ‘Scully’ Simms, Uziah ‘Sticky’ Thompson, Winston Wright, and Jackie Mittoo. The 10 dubs this LP offers are deep, heavy and melodic and include dubbed out riddims of such killer tunes as Horace Andy’s Don’t Try To Use Me aka Raggamuffin, Jackie Mittoo’s Darker Shade Of Black, Cornell Campbell’s Bandulu, and Cornell Campbell’s Natural Facts. This LP (140 gram black vinyl), which at the time made little impact, features heavy dub with a mighty sharp edge.