Sly & Robbie and Roots Radics follow up ‘The Final Battle’

Legendary musicians Sly & Robbie and Roots Radics have announced the release date for their follow up album to The Final Battle, which is currently at its peak position of #9 on the Billboard Reggae Charts. The Dub Battle will feature a who’s who of Dub’s elite class of producers including Lee “Scratch” Perry, Scientist, King Jammy, Mad Professor, Don Camel, Dennis Bovell, along with two unreleased tracks from the originator King Tubby added to the project by the late Bunny ‘Striker’ Lee who contributes a posthumous last dub version of his incredible career.

SLY & ROBBIE AND ROOTS RADICS FOLLOW UP ‘THE FINAL BATTLE’ 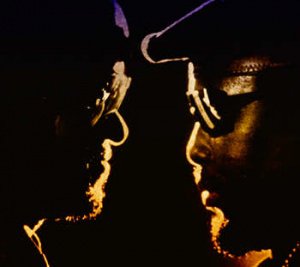 After a year long delay, Sly & Robbie vs The Roots Radics: The Final Battle was released on vinyl in the US and Canada on June 12th as part of Records Store Day, which catapulted the release this week to the top ten on the Billboard Reggae Charts. In 2020 the album was nominated for a Reggae Grammy. The new release of the Dub Battle album is dedicated to the life and legacy and in loving memory of those we have lost: Toots Hibbert of Toots and the Maytals, Bunny “Striker” Lee, King Tubby, and Daddy U-Roy who has always been an influence.

The first single from the new album will be released on July 23rd. Dub Morning by Sly & Robbie and Scientist features dubbed vocals from Mykal Rose and was produced by Hernan ‘Don Camel” Sforzini. Scientist weaves through the tapestry of Mykal’s vocals where he says “Be good people I say…everyday…True Babylon…Yes, dem strike again, One….Couldn’t believe its true, Run….Run left my shoes…Dem ah sellout…” The second single Dubterior Motives by Roots Radics and King Jammy features Brinsley Forde on dub vocals, will be release later in August, before the album release on September 10th.