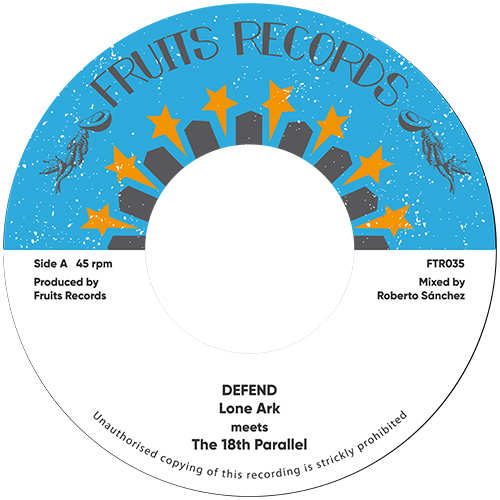 Fruits Records presents the second single and opening song from the upcoming showcase album by Spanish musician, engineer, and producer Roberto Sánchez aka Lone Ark who takes on the role of singer for this project which is done in collaboration with Swiss band The 18th Parallel.
On a militant stepper riddim graced by magnificent horns, Roberto Sánchez and the Swiss reggae studio band send a strong political message to the world: “The longer we fight, the stronger we get, and so we defend the rights of our brothers and sisters who cannot defend themselves.”