Audley Rollen sings for the Lord

On Saturdays, Audley Rollen ministers to the flock at Pastors of Wisdom Sabbath Ministry in Plantation, South Florida. An ordained pastor since 2014, the former ‘rude bwoy’ has come a long way.

For over 40 years, he was a secular artiste who rubbed shoulders with reggae’s most famous and rugged performers. And though he now sings for the Lord, Rollen has never turned his back on reggae.

AUDLEY ROLLEN SINGS FOR THE LORD

His latest song, Never Knew Love Till You, blends his secular and gospel influences. He co-produced it with his wife, Dawn Marie.

“My faith had everything to do with writing and recording this song. Faith allowed me to experience God’s love and it comforted me in knowing that the unconditional love of God is above all,” Rollen explained. 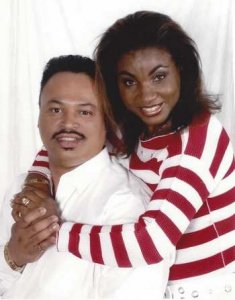 He added that, “The message in this song is this. Try not to have unrealistic expectations of others, because they are not perfect and neither are you, so in relationships leave room for disappointments, and try to forgive others even as you would like to be forgiven, and understand that God’s love is the greatest love.”

That’s philosophical stuff coming from a man who was once a Rastafarian, smoked ganja and hung with some of the rowdiest ‘heavies’ in Jamaica’s toughest communities.

One such area was East Kingston where Rollen was lead singer for two talented groups – The Hippy Boys and The Emotions. They included musicians who became reggae legends and stalwarts, including brothers Aston and Carlton Barrett, who became the revered rhythm section for The Wailers; bassist Robbie Shakespeare of Sly and Robbie, keyboardists Bernard “Touter” Harvey of Inner Circle and Tyrone Downie who also found fame with The Wailers.

As The Wisdom Brothers, Rollen and his older brother Patrick were winners of The Vere Johns Opportunity Hour (Jamaica’s version of American Idol) in 1959. The son of an Adventist minister, he lived up to his early promise as a vocalist, by becoming a member of the aforementioned groups.

As a solo act, Rollen had several hit songs in Jamaica and when he migrated to the United States, such as Repatriation, All That Glitters (Is Not Gold), Hallelujah, Shy Girl, and Between The Sheets. But personal tragedy inspired him to turn over a new page.

Rollen lost his father and youngest son between 1997 and 2002. Their deaths spurred a period of reflection that resulted in him and Dawn Marie becoming Christians shortly after his son’s death.

They have been ordained ministers for seven years. Even though he had considerable success in the secular field, it does not compares to his current life.

“Christianity has impacted my life in a meaningful and a special way, and so, as a minister of the Gospel I share the word with everyone. I overlook no one; the Word must be heard,” he said.