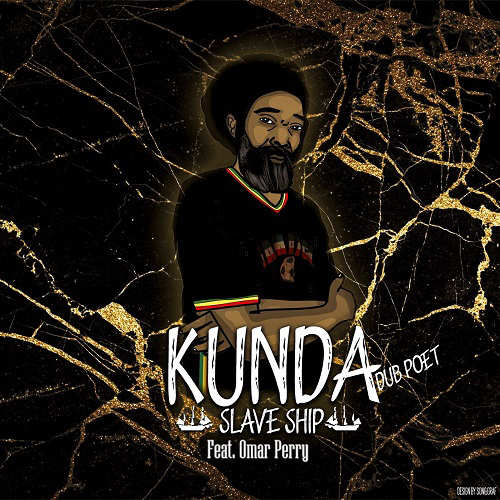 The song Slave Ship and its visuals takes us on a journey among millions of human beings who were deported from Africa to Jamaica, one of the destinations during the Transatlantic Slave Trade. A dark period that sadly became a part of Culture of many people and that is too often forgotten by new generations. That’s the reason why Kunda carries a message from the past by using today’s means of communication: as a philosopher and historian, the Dub Poet’s mission is to preserve and teach this tragic background through his poetry. Kunda was invited by Omar Perry to express himself by reciting his poetry on an instrumental composition and thus the Jamaican Poet wrote Slave Ship, his very first song.