Novel-T has seen her stocks rise

While acts like Inner Circle burst out of Miami during the early 1990s, South Florida still lagged in terms of reggae impact going into the 21st Century to New York, Los Angeles, and London. But a new wave of artistes including Novel-T have helped make the region a hot spot for the music.

In July-August, her song Two Makes One went number one for two straight weeks on the South Florida Reggae Chart. It is the fourth chart-topper in two years for the Jamaican artiste. And the second was produced by P And N Publishing, a company she operates with her husband, Howard “Perry” Ricketts.

NOVEL-T HAS SEEN HER STOCKS RISE

“I don’t know if there’s a special formula for a number one song in general. Different chart managers have different criteria as to how a song gets onto their chart or even moves up,” said Novel-T. “The way I see it, it’s such a blessing every time a song of mine makes it onto any chart, because nothing is promised. I don’t take anything for granted, nor do I feel that I’ve found a formula as such.” 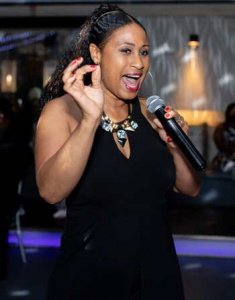 Keep it Moving, produced by P And N Publishing, and Love Won’t Let Us Wait (with singer Peter G) for producer Hopeton Lindo, topped the South Florida Reggae Chart for Novel-T in 2020. In 2019, she notched her first number one with Tough Like A Diamond, produced by Chyna Nicole. It is a continuation of quality music from South Florida, produced by Perry and fellow veterans Willie Lindo and Hopeton Lindo.

Born Novelette Fellows, Novel-T was raised in the August Town area of Kingston which has had a buoyant Rastafarian community for decades. It produced acts like Israel Vibration while Sizzla’s ‘Bobo’ camp is based there.

Novel-T has seen her stocks rise considerably in the past five years. During that time, she has worked with experienced producers and engineers including Hopeton Lindo and Willie Lindo.

Born to Love You, her sole album to date was released in 2016 and produced by P And N Publishing. While she basks in the success of Two Makes One, Novel-T is aware not every song she records will strike gold.

“Every song I release may not necessarily make it to the top of a chart, but I just believe it is important that anything I do, has the best quality work I can put into it at the time, and it will take its own natural path,” she said.