Each Easter, Rastafarians in western Jamaica gather to recall a tragic incident that symbolised the dreadlocked sect’s indifferent relationship with the country’s mainstream.

The Coral Gardens incident, known in Rasta circles as Black Friday, played out April 11-13, 1963 in rural St. James parish. It is recalled in We Will Rise, a song by singer V Merchant and Sizzla.

V Merchant, a Jamaican based in Toronto, Canada, was inspired to write and record a song about an intolerant period in his country’s history after getting first-hand recollections of the three-day standoff.

“The richest part of Jamaican history has not been told and can only be found on the lips of the locals who share their testimony with anyone who is willing to listen,” he said. “During one of the many reasoning sessions, I had with Rastafari elders I learned of the Coral Gardens incident. I was overwhelmed with their stories, the evidence of their physical and emotional scars, and their ability to still carry on living with a positive attitude.” 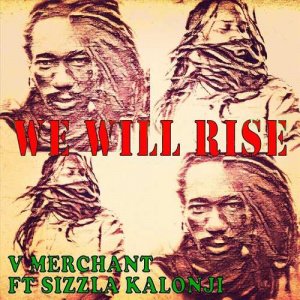 A resident of Canada for over 20 years, V Merchant has made his duty to tell some of those stories in song. They include War Zone, which reflected on the May, 2010 incursion in West Kingston that resulted in the deaths of over 70 persons and the capture of community enforcer, Christopher ‘Dudus’ Coke.

V Merchant is from Trelawny parish which neighbours St. James. He believes it is important for contemporary reggae acts to shed light on flashpoints in Jamaican history because they are rarely mentioned in school.

“I’m of the opinion that artistes are oral teachers of the untold stories of life’s situations and the common man’s experience that’s often undocumented,” he said.

Eight persons died at Coral Gardens including Rudolph Franklin, leader of a Rastafarian group that set a service station there on fire. They killed three civilians as well as police officers Clifford Melbourne and Bertie Scott.

The previous year, Franklin was arrested by police for farming illegally on privately-owned land. He and two colleagues, Lloyd Waldron and Noel Bowen, were killed by police.

The incident took place eight months after Jamaica gained independence from Great Britain. But since the 1940s there had been widespread prejudice against Rastafarians who were unflatteringly referred to as ‘Blackheart Man’.

Following Coral Gardens, many Rastafarians were beaten or had their locks cut by police. Two of them, Carlton Bowen and Clinton Larman, were charged with murder and hung in December, 1964 for their roles in the bloody saga.

V Merchant plans to keep spreading his message through music. His next song, High Grade, looks at the current movement to decriminalise and legalise marijuana in Jamaica.