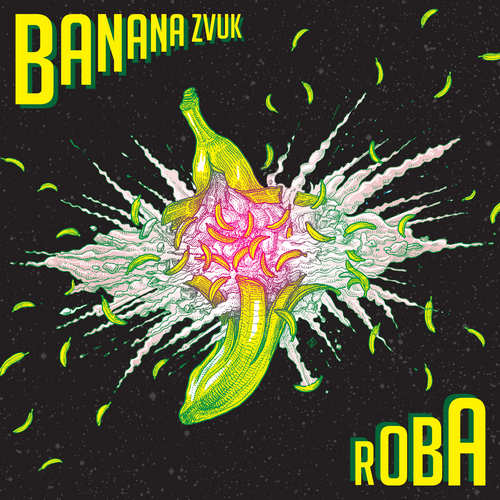 Croatian reggae duo Banana Zvuk comes with a new album entitled Roba, a collection of original songs, which were created as a result of collaborations over the past few years.

Roba is opened by the title song, which is a collab with Dedduh from the Montenegrin hip hop duo Who See. One of the founders of Banana Zvuk and ST!LLNESS, frontman Ivan Yuri Juric, achieves verbal synergy with Sassja in the single Kafa. The founder of Banana Zvuka, Luka Barbiv, arranged the musical backgrounds for the guest appearances with Kandžija (OPG) and his Split colleague from TBF, Alejuandro Buendija (Pisma slobode). Accompanied by MC Popay, Chakke & Žan Jakopac, Luka and Yuri are featured on Legaliziraj. Banana Zvuk’s Roba furthermore features remixed versions of Samo ljubav and Ladovina. The album closes with an interpretation of Croatian poet Tin Ujevic’s song Pobratimstvo lica u svemiru by Rade Šerbedžija, which Banana Zvuk also dragged through the remix and thus gave it a new sound performance.

Unlike their 2018 Split Banana EP, the songs on this set have solely Croation lyrics which makes it impossible to understand what these songs are about if you’re not familiar with the language.