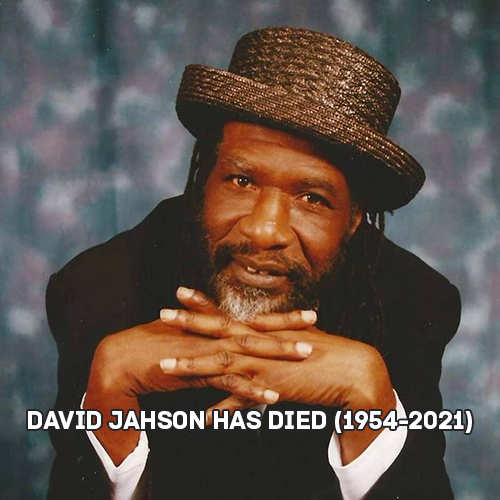 David Jahson, born Everald George Pickaskill in Kingston JA, has passed away at the age of 66. He first recorded in 1970 for Clement “Coxsone” Dodd’s Studio One, but the results were only released on sound system dub plates. In 1975, he recorded his most well-known song, “Natty Chase the Barber”, using a new version of John Holt’s “Ali Baba” riddim recorded by a band including his friend Sly Dunbar at Channel One Studios and mixed at King Tubby’s. Jahson was also a member of the vocal group Well Pleased & Satisfied along with Jerry Baxter and played percussion and sang backing vocals with Inner Circle on their tour to support the “Everything Is Great” album. Members of the band backed him on his “Natty Chase the Barber” album in 1978, released on the Lewis brothers’ Top Ranking label. The album also featured Sly & Robbie and was mixed by Prince Jammy. In the 1980s David Jahson settled in the UK, continuing to record, and also releasing his old material on his own Pick A Skill label.