George Nooks continues to dominate in both secular & gospel reggae 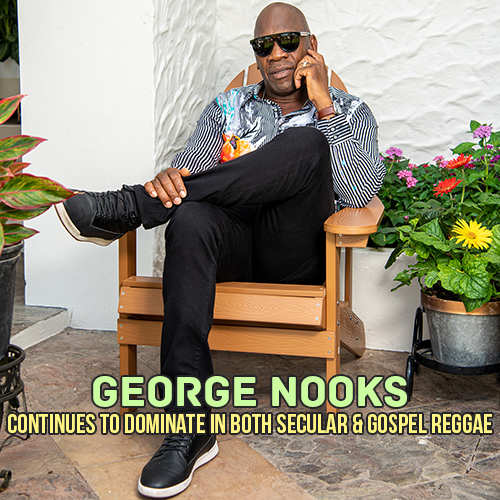 Jamaican veteran artist George Nooks, who recently released his 28th album, is once again reigning in the gospel arena with Through It All. The 13-track reggae-gospel LP was released via Tad’s Record Inc. an imprint with which he has now done a total of four full length projects. Through It All is a collection of classical inspirational songs that have all been redone in a manner that makes them more palatable to a reggae audience. This week the lead single, which is also the title track, entered Richie B’s ‘Top 25 Reggae Singles’ and the song’s official visuals have been viewed more than 20,000 times since it appeared on George Nooks’ personal YouTube channel on October 1, 2021.