Lion Face Back In The Clash

A veteran of countless sound system clashes, Richard “Lion Face” Thomas is always up for the battle, even at short notice. That was the case on October 16 with the Verzuz ICONZ event featuring Super Cat at Barclay’s Center in Brooklyn, New York.

LION FACE BACK IN THE CLASH

He returned to his old stomping ground to watch the show which had Wyclef Jean, Dexta Daps, Konshens, Kranium, and Barrington Levy, among the supporting acts. At the last minute, Lion Face was drafted in for a clash with King Addies, the venerable New York City sound system which he was a selector with for over 20 years.

Based in Florida, Lion Face thoroughly enjoyed the 10-minute exchange which saw him and KingPin of King Addies throwing down five songs each. However, he saw greater opportunities. 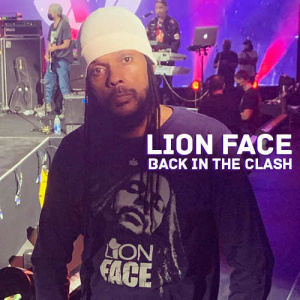 “The show wasn’t planned or billed for any clash. I was in Brooklyn to watch the show, but when asked to take part and then realising the bigger picture, that I can take the art of sound clash to the biggest platform, I agreed to the clash. After a decade of retirement from the clash scene, it felt great to take the craft to the next level,” said Lion Face.

The Verzuz concept was born in March, 2020 as a virtual standoff between hip hop producers Timbaland and Swizz Beatz playing their favourite songs. It was so well-received, it spawned a number of similar clashes.

Two months later, it was the turn of old rivals Beenie Man and Bounty Killer who had a raucous lyrical face-off in a Kingston studio.

For Lion Face, who started his career with King Addies as Baby Face, being watched by hundreds of thousands of fans at the Barclay’s Center and on social media, “definitely opened more doors.”

Unlike most of his dancehall colleagues, Lion Face’s journey did not start in Kingston, Jamaica. He was born in Trinidad and Tobago but left that country at age 10 to live in the United States Virgin Islands.

Moving to New York City in his teens, he got even more acquainted with Jamaican music culture. He joined the camp of King Addies where selector Danny Dread held court.

“I started on King Addies, then called Addies Hi-Fi in 1987 when there were live deejays like Super Cat and Nicodemus,” he said, describing his time with Addies as, “The best experience of a sound boy’s lifetime. I was honored to meet and learn from the greatest, Danny Dread the teacher.”

In 1999, Lion Face got involved in music production with the Unleaded Riddim. He has since produced songs by dancehall’s top acts including Capleton and Sean Paul. His latest project is the Divorce Court Riddim, a compilation album with songs by Maxi Priest, J C Lodge and Al Campbell.

Richard “Lion Face” Thomas will accompany Super Cat as his selector on a US tour in November 2021.