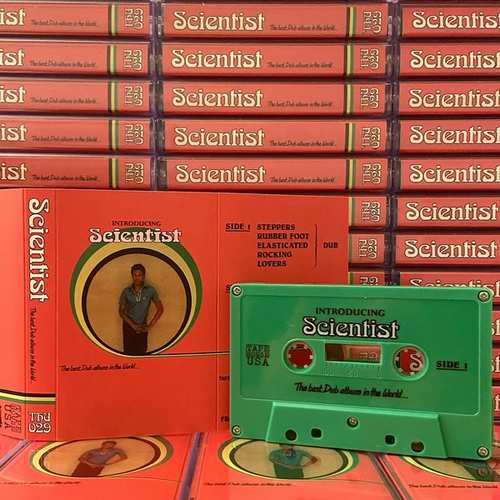 Chicago-based cassette label Tape House USA has reissued Scientist’s The Best Dub Album In The World, his first dub album that originally was released in 1980. For most people, the cassette tape is an outdated technology but with the comeback of vinyl the music cassette is now also enjoying a resurgence. Like vinyl they have a certain charm that digital download and streaming is not able to capture.

The Best Dub Album In The World was released in the UK on the Brixton-based JB Music label with its front cover showing an incredibly youthful Hopeton Brown who is better known by his nickname Scientist. Produced by Al Campbell, the 10-track album mainly consists of dubs of Al Campbell’s 1980 LP Working Man that had some great riddims from Sly & Robbie as well as the Roots Radics. Recordings were done at Channel One Studio by Maxie and mixed at King Tubbys Studio by Scientist. Easily the most impressive effort is the opening track, Steppers, a radically dubbed out version of Al Campbell’s Jamming. The riddim was later also used for Freddie McGregor’s Leave Jah. The cassette insert features photos of Scientist, other artists, and personnel.